In the Planning and Environment Court on the morning of 23 January, the Judge dismissed Drywound Pty Ltd’s Appeal against the Council’s decision to refuse the application for a material change of use to allow the establishment of a motocross facility on the land in Adare Road.

The Council’s decision to refuse the Development Application stands.

The voices of the 232 objecting submitters to the Development Application have prevailed.

Colby Steer, the Director of Drywound Pty Ltd, was self-represented at this last hearing after his lawyer had withdrawn as a result of unpaid bills and a lack of response to his emails and phone calls since mid-December 2016.

See more about this development here and here.

Quite a few people from the community groups Lockyer Community Action Inc. and Lockyer Uplands Catchments Inc. went to the consultation meeting on the draft SEQ Regional Plan last month.

The first surprise was that there was not to be any presentation about the background, objectives, structure or process leading up to the production of the draft.  Instead, the public were to be provided with “consultations” with individual planners.  A novel idea, but it would have been much more useful had we been provided with an overview of the draft from the planner responsible for preparing the document.

The second surprise came when we were led into the meeting room and introduced to a planner by one of the “ushers” who had been issuing numbers to the public in the foyer – she told us that we had a limit of 10 minutes with the planner.

Despite the planner my partner and I were paired up with doing her best, many of our questions were outside of her field of involvement in the preparation of the draft plan, so we didn’t really get satisfactory answers to our questions and certainly did not have a usefully informative discussion on the topics of concern to us.

The others in our group came away from their meetings with very similar feelings.

It was with some delight that I came across the article below in today’s issue of The Conversation – it pretty much sums up my misgivings about the consultation process, the preparation of the plan, and the general thrust of its content.

Overall, the issues below are illustrative of my general impression from a number of exchanges with different arms of the State government in the last year that we are not being well served by this government, and that their priorities are much more aligned with those of developers and industry.

Brian Feeney, The University of Queensland

Special interest groups have had much more influence than the wider community on the new regional plan for Southeast Queensland. A draft of the plan, ShapingSEQ, was recently released for comment. Prior input from the wider community was limited to submitting “thought bubbles” about the region without having the benefit of any report card on how the previous plan had performed.

This process did not accurately gauge community concerns and submitters were not a representative sample. Perhaps it gave people the feeling they’d “had a say”. The process just as likely reinforced cynicism about government consultation.

Regional planning in Southeast Queensland began in the early 1990s when councils in the region signed up to the Regional Framework for Growth Management. This was a non-binding set of guidelines promoted by the state government to manage land-use change.

Subsequently, this framework evolved into a statutory regional plan in 2005. It is noteworthy that consultation in the lead-up to the 2005 plan included the public release of discussion papers with options for the region’s future.

The initial focus was very much on getting southeast Queensland councils to accept the need for regional planning. At that time, the role of the wider community was relatively minor.

A 1990 meeting of representatives from government, business, trade unions, professional groups and community organisations was an important impetus for starting the regional planning process. This “stakeholder” model of community engagement has been the dominant form of consultation ever since.

Stakeholders have particular vested interests – such as protecting the environment, promoting a business sector, or advancing a government agency’s agenda.

Preparation of the 2016 draft plan involved several of these stakeholder “reference groups”. Participants in these groups were there to advocate for the organisation they represent, often making it more difficult to find “outside-the-box” solutions.

Consultation by negotiating with stakeholders is consistent with the dominant view that explicitly pursuing the public interest is less important than growing the economy. Consequently, an “issue management” approach has been taken, with stakeholders “competing” for influence over which development regulations are put in place. Within this worldview, trade-offs between stakeholders usually take place in a “growth first” framework.

An alternative is to promote informed deliberation by citizens who don’t represent particular interests. The Perth Dialogue with the City process shows how this “citizen” approach can work.

This was a process of engagement with a large group of demographically representative Perth citizens. They were provided with relevant in-depth information before their deliberations about the city’s future.

First, the 2016 draft plan claims to have a 50-year vision horizon, compared to the previous plan’s 20 years. Because of this change, the wider community should have been engaged in developing this new vision rather than being presented with a fait accompli in the draft plan.

Second, the draft plan represents a significant change of focus from the previous 2009 plan. That plan aimed to reduce the region’s ecological footprint and mitigate climate change by reducing greenhouse gas emissions. In contrast, the 2016 draft seems to be adopting a more “growth first” approach.

It is noteworthy that virtually all references to climate change in this new draft are about adapting to change rather than reducing greenhouse gas emissions. These significant changes should have been widely debated before the draft plan was prepared.

For a debate on future directions to be genuine, the community needs an independent, comprehensive report card on how things are tracking.

The draft plan has ten indicators, some of which show modest improvement. However, other indicators, such as housing affordability and loss of biodiversity, have gone backwards. And koala numbers continue to decline.

The report card should also acknowledge that Australia (including southeast Queensland) has one of the worst records for resource use and greenhouse gas emissions per unit of economic output of any developed country.

Moving beyond ‘predict and provide’

The draft plan largely takes a basic “provide land for the predicted demand” approach, which assumes that regional planning is a type of technical process best left to the experts.

However, regional planning always involves trade-offs between different economic, social and environmental values. These should be openly discussed through genuine community engagement.

By not providing opportunities for such engagement, the draft plan has failed to give the community a real say in the region’s future.

ShapingSEQ is open for community feedback by formal submission until midnight, Friday, March 3 2017.

This article was originally published on The Conversation. Read the original article.

I wonder how many people in the Lockyer Valley Regional Council area (where we live in the western part of South East Queensland) are aware that the Council accepts notification of issues on the Snap Send Solve app. 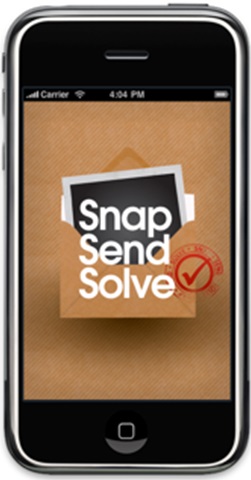 I’d never heard of this app until an audience member at a recent presentation by Cr Jim McDonald on the Council’s environmental policies and programs asked whether the Council used it.  They do.

The app works on iPhones and Android phones and is available free from the Apple App Store and for Google Play.

Send us a comment on your experience with it and how the Council responds.  And please share this post with other residents in the Valley.  Since the last elections we have a much more responsive Council and it’s important to maximise the opportunities for better government that this presents by increasing our communications with them.

If you don’t live in the Lockyer Valley, this app is widely used in Australia.  Their website claims over 600 “authorities” here and in New Zealand use it and that they have more than 60,000 users.